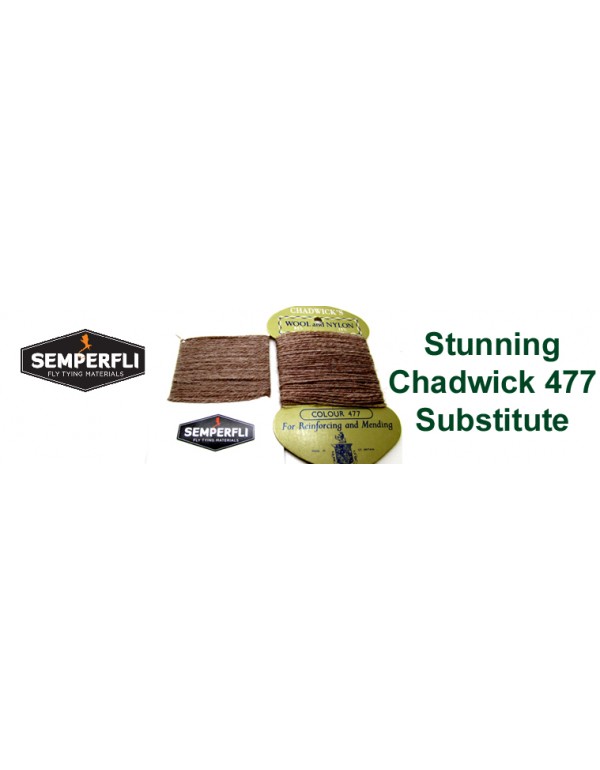 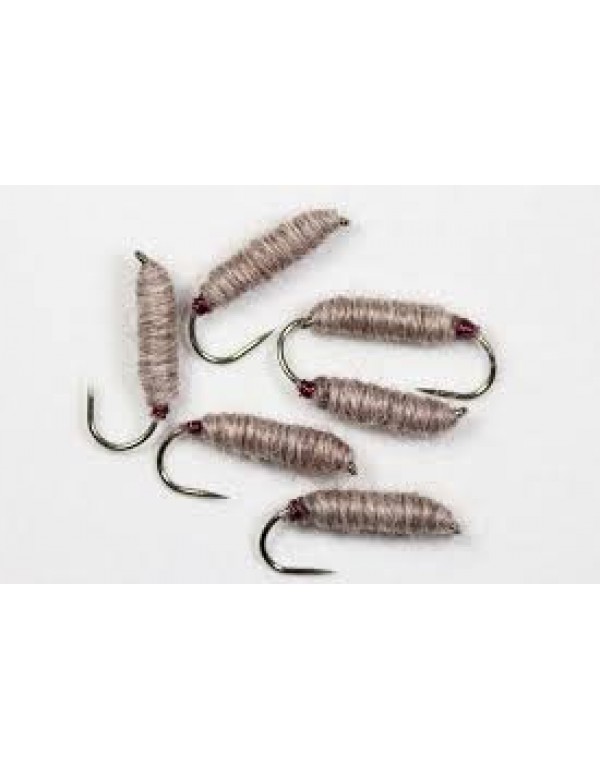 This new '477' has been specially developed to replicate as close as possible to the classic Sawyer Bug tying wool. Originally Sawyer used Chadwicks 477 and as perfectionists found other substitutes simply did not match the original  material for colour. The Semperfli team actually got a factory to spin some Chadwick's 477 substitute especially! It comes as a 3 ply making tying of the nice thick Sawyer Killer Bug a doddle. However to perfectly replicate the original Killer Bug simply split the 477 Substitute from 3 ply to one and it matches even the  diameter of the original 477. 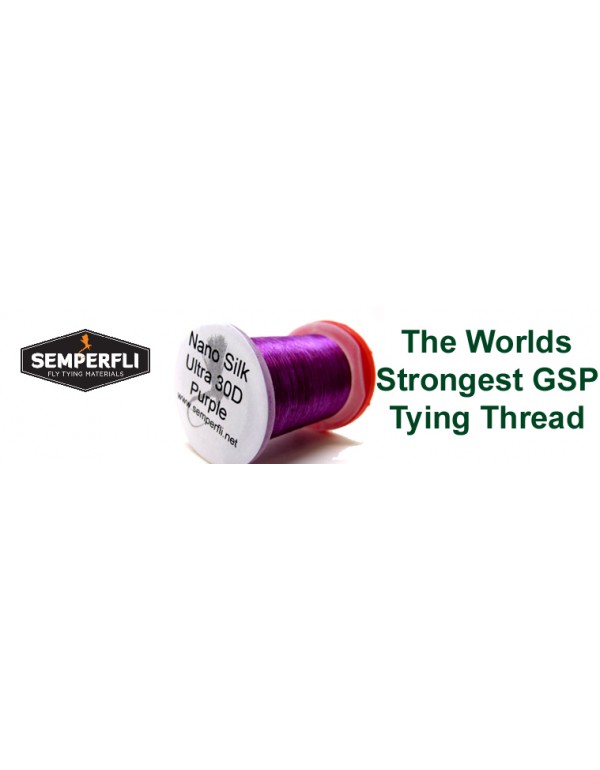 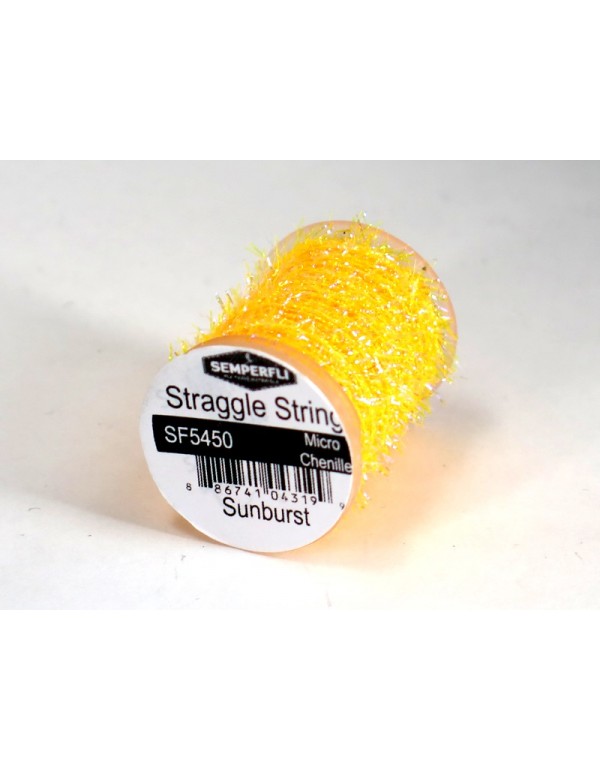